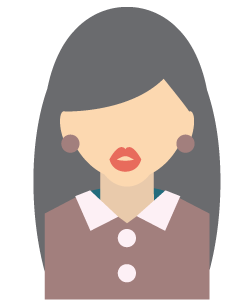 People typically have a number of concerns when deciding whether to bail someone out of jail, one of which is whether they will be arrested too if the defendants they help get released from jail fails to show up for their court appointments as required. In general, you won't be arrested simply because of a defendant's failure to appear, but you can still be held liable for the defendant's absence in other ways. Here's what you should know before you agree to take responsibility for a defendant.

You May Be Arrested If You Impede Justice in Some Way

Although you bailed the person out of jail, the defendant is wholly responsible for meeting his or her court obligations. If the person fails to show up for scheduled appointments, the judge will issue an arrest warrant for only that person, since he or she is the one actually on trial.

However, you may get in trouble if you do something to help the defendant escape responsibility for his or her crimes or prevent the legal system from taking appropriate action. For instance, Tonya Couch—mother of the affluenza defendant Ethan Couch—was charged with hindering apprehension when she helped her son escape to Mexico when he violated the terms of his probation.

Although Ethan has already been through the court system when that occurred, the issue is the same. If you help the defendant avoid going to court or being apprehended by law enforcement (or the bail bondsman), you could go to jail yourself. Thus, it's best to avoid taking actions that could be seen as aiding and abetting the defendant if you don't want to end up in court too.

You May Be Held Civilly Liable for Financial Losses

The most likely thing that will happen when the defendant fails to appear for court is that any money or assets you put up to secure the person's release will be forfeited. So, if you paid $5,000 cash directly to the court, the court may take the money to punish the defendant for not meeting his or her obligation to show up as required.

Alternatively, if you used a bail bond company to get the person out of jail, the bail company may hold you liable for any money it loses as a result of the defendant absence. You could lose any collateral you used to secure the bond and/or the company may sue you in court if you don't pay what's owed.

It's essential you fully understand what you're getting into when bailing someone out of jail and that you're prepared for those potential consequences should they arise. For more information about this issue or help getting a loved one released from jail, contact a bail bond company like Alda Pauline's Bail Bonds.